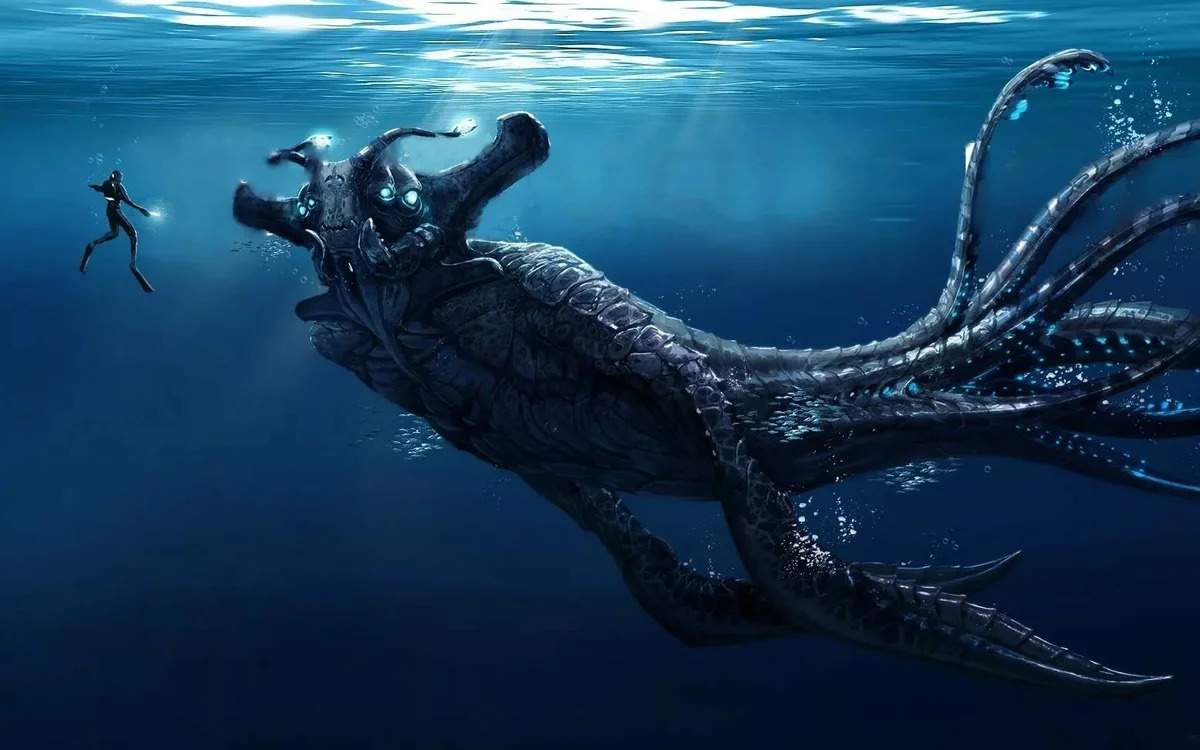 The game Subnautica Below Zero is a game about the adventures of a person on another planet.

for me personally, the first part was more terrible and mysterious. After all, the farther the character swam, the murkier the water became. A certain note of horror appeared in the adventure game. As for the Subnautica Below Zero, there it is a little different. All turbidity is now on the surface. And here you play calmly, without jerking and not being afraid that something will suddenly grab you.

Also, the game has a lot of new items that can be crafted.

As with new objects, the same thing happened with the appearance of a new living creature, which is found both in water and on land.

By the way, those who did not have enough to run around and look for something on land were lucky. Now the plot stretches along with the study of both depths and surfaces.

The game map has become much larger. We all remember that in the first part, as such, there was no clear border on the map, we just ran into the darkness, in which there were large terrible monsters. Naturally, I did not want to swim further. Now, you can swim far, and when it seems that there is nothing ahead, a new area and a new living creature appear. Explore!

I am glad that the developers did not leave the game without a plot, now we are playing for a lady who has her own goal. The character has an innovation – a temperature sensor. No wonder the game is called Subnautica Below Zero, which translates as “below zero”, and accordingly, low temperatures prevail on the planet. With this innovation, you need to be careful, because now you need to monitor not only the health, satiety and thirst of the character, but also that our lady does not turn into a block of ice. In this direction, the developers also thought of something and added plants that warm, some places that give heat and equipment, which over time can be collected.

I want to note that the game has been under development for quite some time, I want to believe that the game will not be abandoned. It has a lot of fans. Beautiful graphics, the presence of the plot and the variety of crafting impress even the most picky user. On the other hand, many players do not want to go through the game just like that, to research and build something for nothing, because when the full version comes out, you have to go through everything anew, doing the same thing that you did last time: again, explore everything, look for objects, resources, create costumes and go through the plot.

…  If you play Subnautica or Below Zero, I hope that our games bring you happiness and some kind of healthy distraction.

We recently released EA9.  Here’s a quick update on where we’re at:

The new story is just starting to come online.  You can start a new game, experience the new intro sequence, and check out the new voice actors brought in to play Robin and Sam.  We are much further along in planning than we are in implementation, and you can expect a lot more story content in the coming months.  For now, we hope you enjoy the fresh start and new perspective, but please keep in mind that we have only finished a fraction of the new story.

Voice acting is going to take some time.  We know it’s a bit confusing that we have some Robin / Sam voice in-game and nothing else.  Lockdowns in response to COVID-19 prevented us from recording Al-An and Marguerit as planned for this release, and the uncertainty has made planning for voice more complicated than usual.  The story will likely be text-only for at least the next few months.  It’s likely that – much like more traditional game dev projects – we may just do all the voice recording in one pass once the story is 100% complete.

We continue to chip away at the icy, cold surface.  Our main objective is to better integrate surface and underwater sections of the world.  Previously, the “surface areas” of the game felt too removed and disconnected from the core underwater game.  To accomplish that, we rebuilt the Glacial Basin from scratch around the new Glacial Bay, survival mechanics went live for the first time, and a variety of supporting tech and equipment has been added or upgraded.