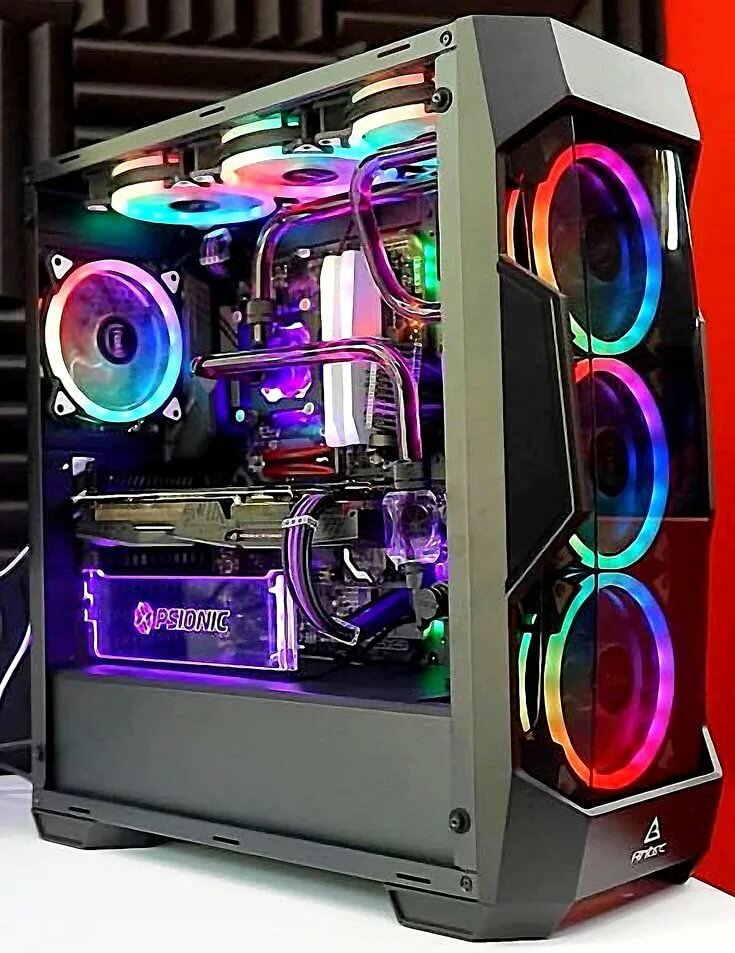 Sometimes it’s harder to decide on the set of components your PC will consist of than assembling a system unit at home.  You can find a huge number of processors, motherboards and video cards on sale. You can argue about which brand is preferable, as well as discuss whose graphics are faster – the main thing is that when the final configuration is selected, all the hardware must be completely compatible with each other.. Subject to this rule, assembling a system unit is not much different from playing a constructor in which all the parts fit together. The dimensions of components, the parameters of mounting holes and connectors – all elements of a computer are strictly regulated, and therefore, for example, it cannot be such that DDR3 standard RAM suddenly starts working on a motherboard with DIMM slots intended for installing exclusively DDR4 modules. You simply cannot install them in their respective connectors.

For the full functioning of the system unit, it is necessary to purchase the following devices: a motherboard, a central processor, a cooler, RAM, a hard disk or a solid-state drive, a video card (if the CPU or motherboard does not have a built-in graphic core), a power supply, and a case. Additional components include an optical drive, as well as all kinds of discrete devices: network and sound cards, additional cooling.

With modern PC games advancing at such a rapid rate, there is no surprise that there are multiple titles that have been released that most standard cookie-cutter computers (cheap pre-built systems) can barely handle. And, as PC gamers we like to have and experience the best… We like to play our games on the highest settings possible, with the highest framerate possible, (with as many RGB lights as possible.)

Fortunately, in this day and age, even a budget gaming PC will allow you to run most games on higher settings on an affordable 1080p monitor. (Although, in this guide, we’ll be talking about high-end computers, rather than budget-friendly systems.)

This is especially true when you take it upon yourself to build your own gaming desktop, which will ultimately save you a ton of money on the markup prices that you would’ve paid for a prebuilt gaming computer (like an Alienware or Cyber Power PC system) or a gaming laptop.

The good news is that building a computer is a very doable thing for just about anyone. Seriously… if you can operate a screwdriver and read, then I’m pretty confident that you can build your own PC.

In this guide, we’ve given you part lists for the most powerful gaming PC builds at five different price ranges. We’ve also linked to similarly-priced pre-built gaming computers as well so that if you don’t want to build your own system, you can go the pre-built route as well. These pre-built systems won’t offer quite the same performance as if you were to build a computer for the same amount of money. However, they should still give you a fairly high-end experience….