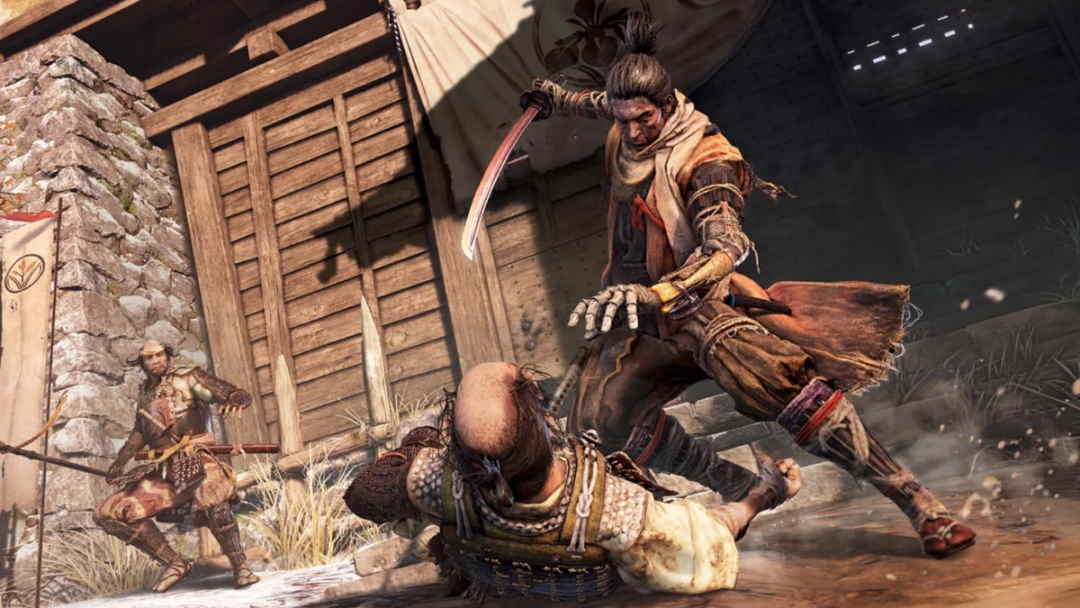 Sekiro: Shadows Die Twice is a classic adventure action game with an admixture of role-playing of Japan in the 16th century. Numerous battles with samurai, a thirst for revenge, a huge open world and complete freedom of action await you …

In the story, you will play for a crippled samurai who vowed to protect the young aristocrat from all sorts of misfortunes. But suddenly the abduction occurs, and the samurai loses his hand. However, the story does not end there – the old man nurses the main character and gives him a unique technologically advanced prosthesis, thanks to which the hero receives incredible opportunities and many ​​new abilities. Now he can climb the walls of buildings, fly up trees and roofs, and do much more.

The goal of the main character is to take revenge and search for the stolen owner. You, in his role, will have to go on a long  journey through Sekiro: Shadows Die Twice, in which you are going to join trials, battles, dialogs with colorful characters, leveling your character, and much more.

Explore late 1500s Sengoku Japan, a brutal period of constant life and death conflict, as you come face to face with larger than life foes in a dark and twisted world. Unleash an arsenal of deadly prosthetic tools and powerful ninja abilities while you blend stealth, vertical traversal, and visceral head to head combat in a bloody confrontation.

In Sekiro: Shadows Die Twice you are the “one-armed wolf”, a disgraced and disfigured warrior rescued from the brink of death. Bound to protect a young lord who is the descendant of an ancient bloodline, you become the target of many vicious enemies, including the dangerous Ashina clan. When the young lord is captured, nothing will stop you on a perilous quest to regain your honor, not even death itself.