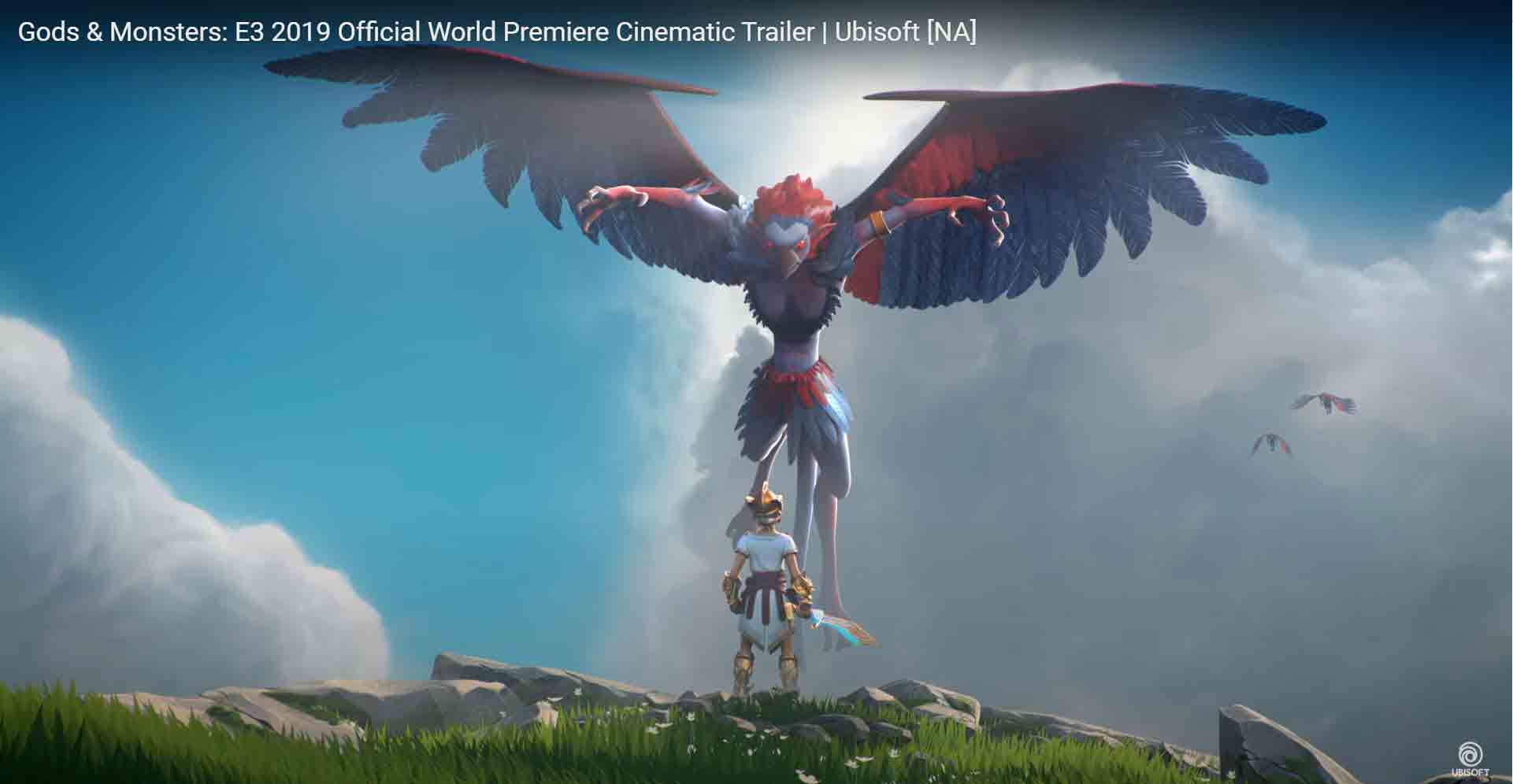 It is the world of ancient Greek myths and legends.

Despite the mythical plot of the game, according to senior producer Marc-Alexis Côté, the development team still takes the same “strict historical approach” with which developers previously approached the creation of the Odyssey. “Dr. Stephanie-Anne Ruatta, the historian who helped us at Assassin’s Creed Odyssey, specializes in mythology, so we couldn’t find a better person to help us with Gods and Monsters,” added Dumo.

Gods & Monsters was officially revealed just last June, with Ubisoft planning to release the game this February. At the end of last year, however, Ubisoft announced Gods & Monsters had been delayed, as had Watch Dogs: Legion and Rainbow Six Quarantine; and all three titles were given a new and much vaguer release window of Q2 to Q3 in the financial year 2020/21, and confirmed to be cross-generation games, featuring both on the Xbox One and on Xbox Series X. Ubisoft has since been busy with the reveal of Assassin’s Creed Valhalla, but its recent announcement of its own E3-style event, Ubisoft Forward, which promises “exclusive game news, reveals and more” when it takes place in July, bodes well for more news about Gods & Monsters — as well as the possibility of a new release date. Gods & Monsters looks utterly incredible, and so while we wait for Ubisoft Forward, we thought we’d run through everything we know so far about this intriguing game.

What is Gods & Monsters?

Gods & Monsters is a new concept from Ubisoft. It’s an open-world action-adventure game set in the world of Greek mythology, billed on the game’s site as a “storybook adventure”, and thought to be their answer to the hugely popular The Legend of Zelda: Breath of the Wild. From what we’ve seen of the screenshots and announcement trailer, it’ll be an amazingly beautiful game, and its “painterly” art style already differentiates it from Ubisoft’s previous foray into Greek mythology with Assassin’s Creed Odyssey.

Gods & Monsters takes place on the Isle of the Blessed. The Greek gods are under attack from Typhon, a giant serpent, one of the many challengers to Zeus’s rule, and “the most deadly creature in Greek mythology”. His army of mythological creatures has overrun the Isle of the Blessed, and the game’s protagonist, Fenyx, is on a mission to help the gods restore their power. The game will start with the Greek poet Homer telling the legend of Fenyx to his grandchildren with his “magical storytelling lyre”. Creative Director Jonathan Dumont says the game is “lighthearted”, and that while Homer narrates, “his grandkids are interrupting and asking questions along the way. Mythology has a good sense of humor, oftentimes, so there are certain instances where we like to poke fun at things.”…