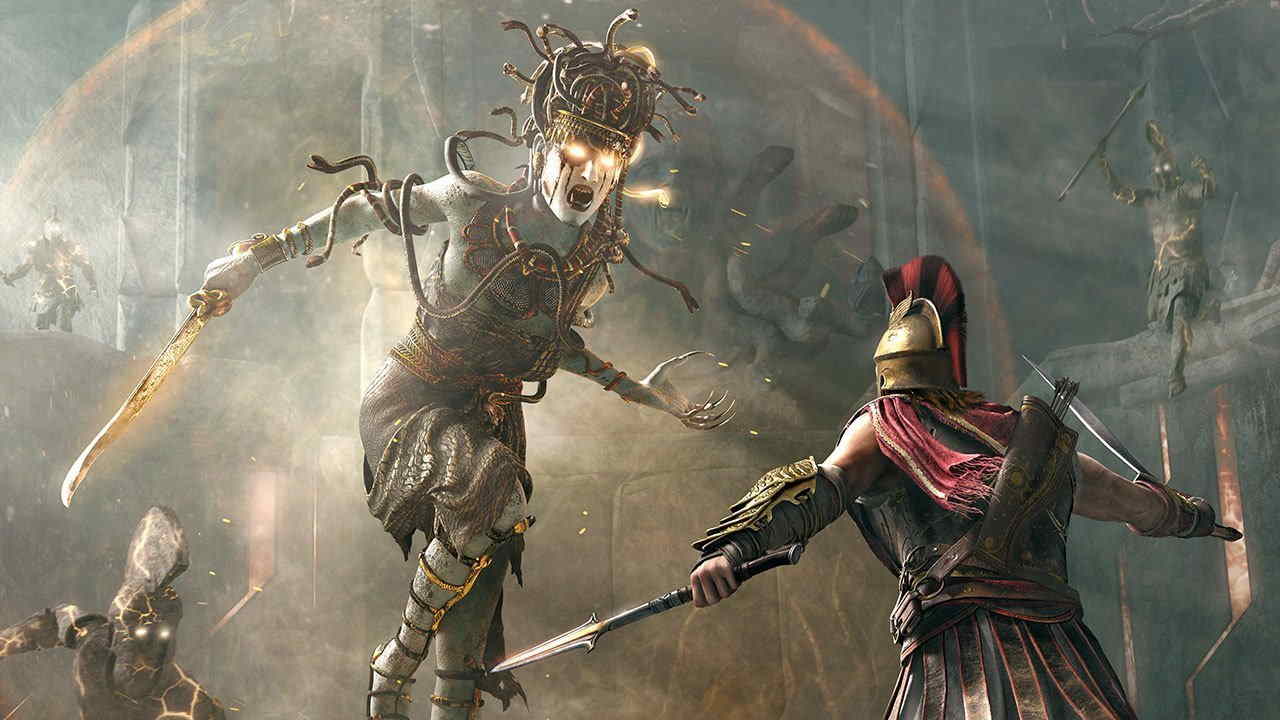 Gold is a pirate’s best friend – and yours too!

Assassin’s Creed Odyssey – Xenia’s storyline. Trophy / Achievement “Pirate Life for Me” opens after passing through the storyline of Xenia, in which you need to find legendary treasures. The first meeting with the head of the pirates takes place in the main plot in the temple of Athena Nedusia on the island of Keos, located southeast of Attica, in the fifth sequence, when the protagonist goes in search of his mother in the mission “Island of bad luck.”

Other quests open in the sixth sequence of the plot after completing the pirate quests and rescuing the Gotarzes brother from the robbers on Lestris Island, the task “Whoever finds, takes it for himself”. The player, arriving earlier, hears the words of Xenia: “Good luck in the search”, thereby the personal storyline does not start. To gain the confidence of the pirates, Ksenia gives the first task. Then, in order to twist the novel and open the achievement “Embrace of Aphrodite”, you can select replicas marked with hearts in a conversation with Ksenia.

Assassin’s Creed Odyssey Xenia quest has everything: adventure, rewards, the chance for romance. It’s a satisfyingly sized little undertaking to keep you busy and a nice diversion from the pressure of the main story. The Assassin’s Creed Odyssey Xenia missions will also earn you a trophy / achievement, as well as the chance to romance Xenia herself.

Birds of a Feather

The first item that Xenia wants you to fetch is the Golden Feather of Ajax. She gives you three maps, but where you’ll need to go is the very southern point of the Isle of Salamis, which is the larger island sandwiched between Attika and Arcadia.

Head down to the Lighthouse of the Father of Ajax there (think the clue is in the name) and search around the flame until you find the large jar covered in some material on the left-hand side.

Go and speak to the caretaker at the bottom of the stairs to discover who’s taken the feather.

The bandits who’ve taken the feather are located at the Mycanean Tomb of Ajax, not far from the Lighthouse if you head northwest.

Kill them all and get the feather before returning to Xenia for the next stage of the quest.