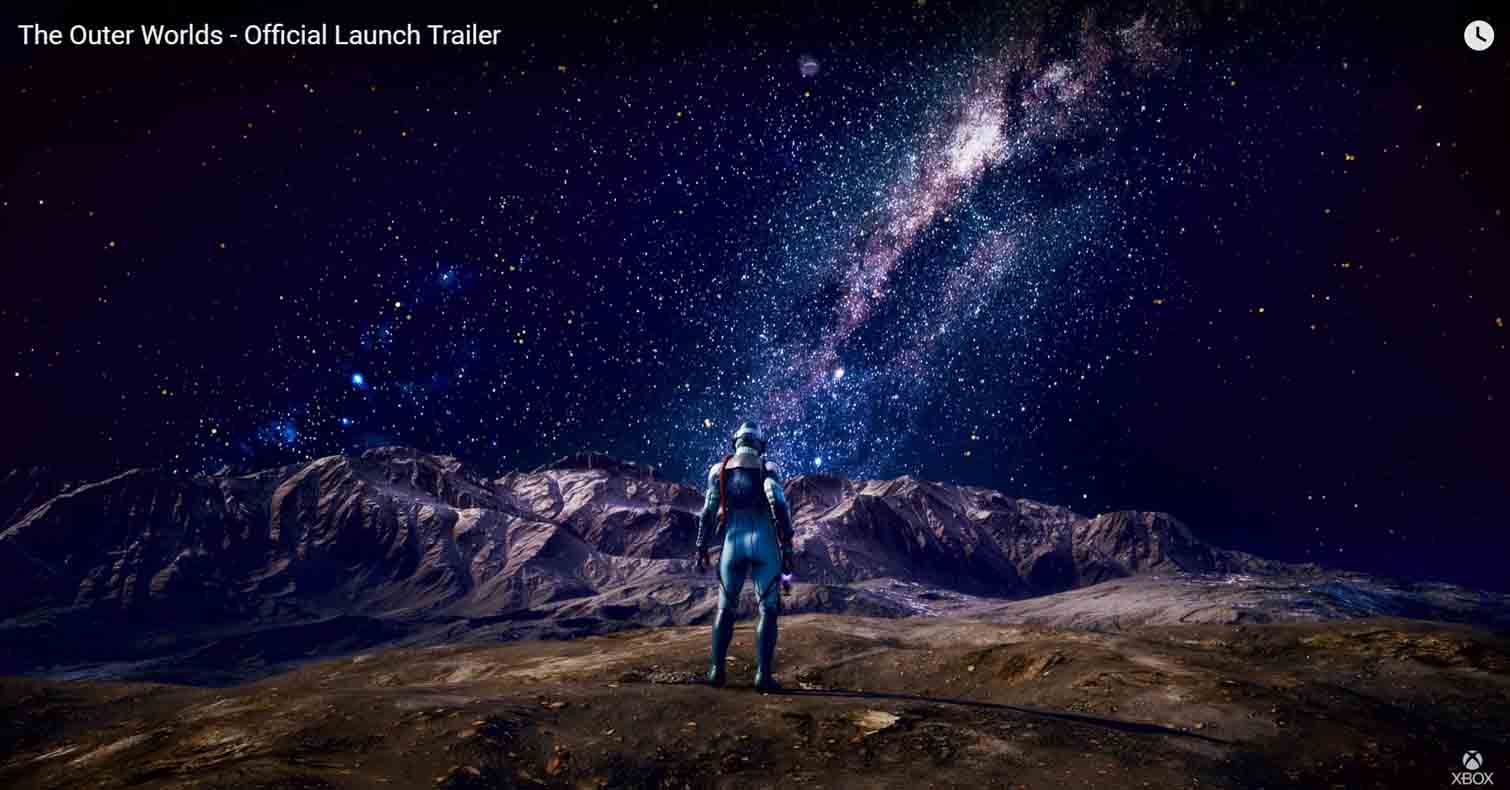 The Outer Worlds sends players on a journey through the space colony Halcyon, located on the outskirts of the galaxy. Once it was promising, the colonists literally wanted to fly away from Earth as soon as possible and build a bright future there. Alas, it didn’t work out: now everything is run by corporations, bandits, private companies and desperate individuals. Cities and space stations have long fallen into decay; deserters founded their own settlements.

The inhabitants of Halcyon are all about selection: here is a strange scientist-liberator, whom corporations slandered and declared a terrorist. At the very beginning of the game, he found a lost ship with colonists immersed in a cryogen-sleep, among which the main character – the ship has been hanging in space for almost 70 years. Now this scientist wants the player to fly all over Halcyon and carry out his missions. Or, here is a merchant with a strange hat. The character expresses himself by memorized phrases from corporate press releases and is afraid that he will be caught in free thinking. Another character is a girl, who has escaped from her friends and joined the mercenaries.

The game to embark on some kind of adventure now and then offers. You board a ship, disembark at some station with chatty AI mates, and there, adventures themselves will find you. The Outer Worlds allows you to be not only a hero, but also a villain – or in the middle. For example, a fair smuggler who doesn’t kill anyone unnecessarily, but if it smells of money, then he is not so selective! It all depends on the imagination and desires of the player.

Unfortunately, you cannot really live in Outer Worlds, NPCs in cities generally behave like in Pokémon – they stupidly stand / sit around the city, stack to their place, and there is practically nothing to explore in the OW world. 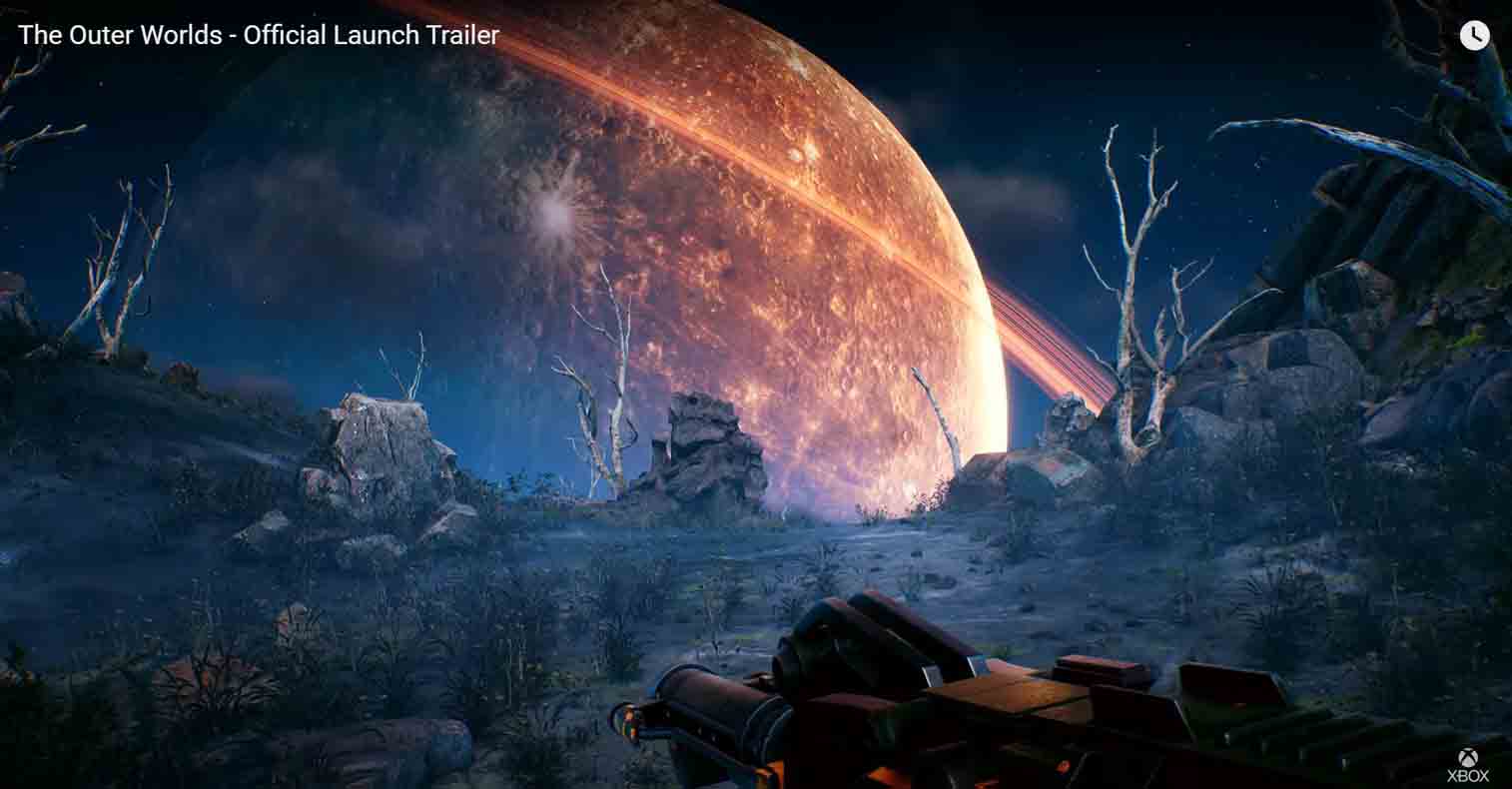 The missions in The Outer Worlds can be done in a variety of ways – this is a key feature of all Obsidian games. If you wish, you can even betray a scientist who saved the main character and give him over to the authorities. Why not? Or, if you want, you can work for a corporation and illuminate competitors. In most cases, you can do without shooting – for example, if you increase the skill of persuasion, or just intimidate the enemy! And if it doesn’t work out, you can always take advantage of the diminishing laser, which literally disintegrate the opponents.

In terms of interacting with companions, Outer Worlds is much cooler than the same Fallout: New Vegas, simply because there was only one partner in FNV, and in OW you can take two on a mission and communicate with everyone on the ship at once. 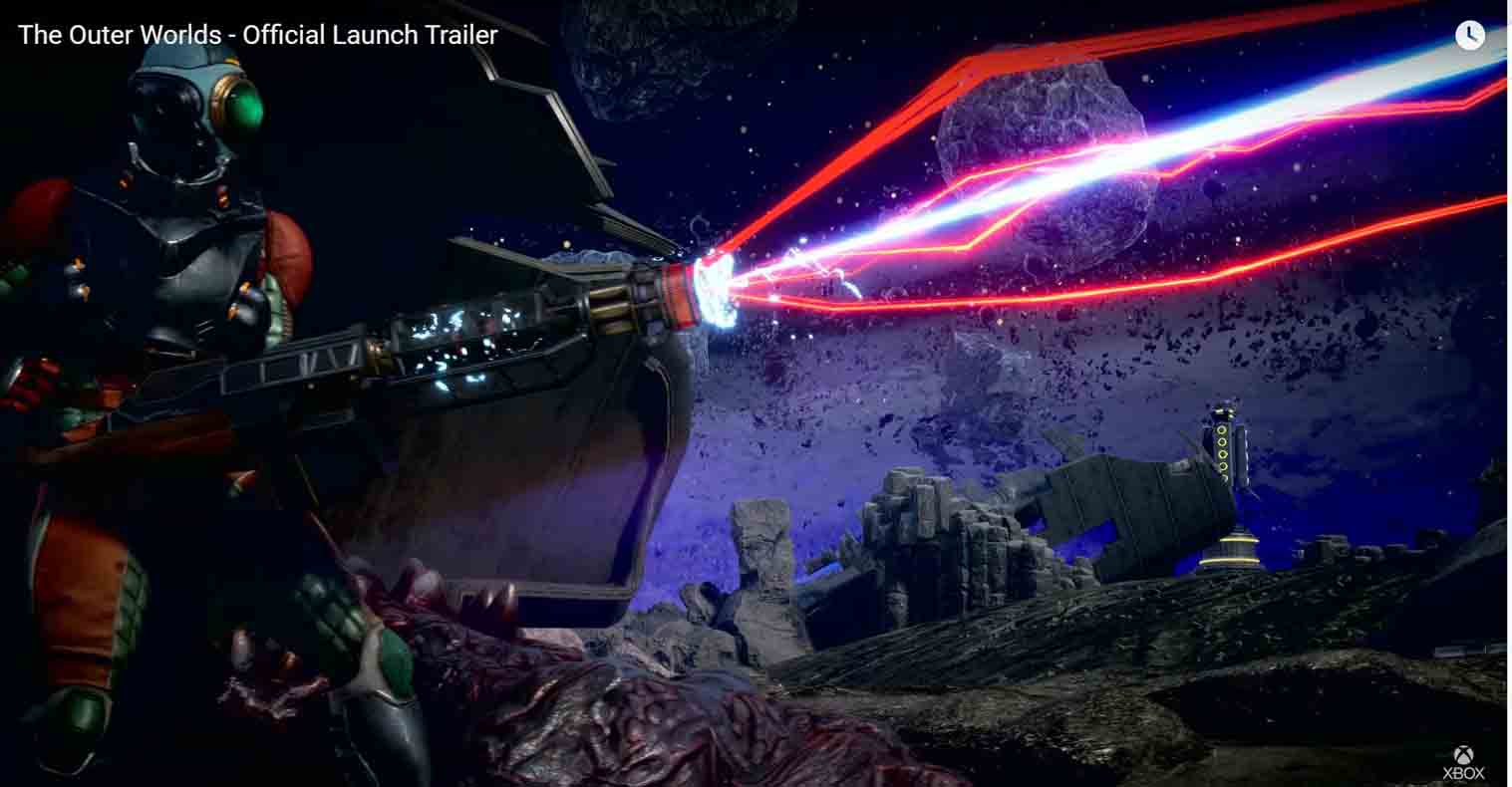 The Outer Worlds constantly makes you doubt your decisions that affect the plot. Take for example a quest from the very beginning of the game. To escape the first planet, the main character needs a generator. You can get it either by de-energizing the city built by the corporation, or leaving the settlement of deserters without energy. On the one hand, you intuitively want to help deserters, especially since communication with the head of the city leaves an unpleasant aftertaste.

On the other hand, hundreds of honest citizens live in the city – and you do not want to deprive them of their work at all. Moreover, deserters can return to the city, and if at the same time they also come to an agreement with the authorities and somehow remove the mayor, it will turn out to please all parties to the conflict. 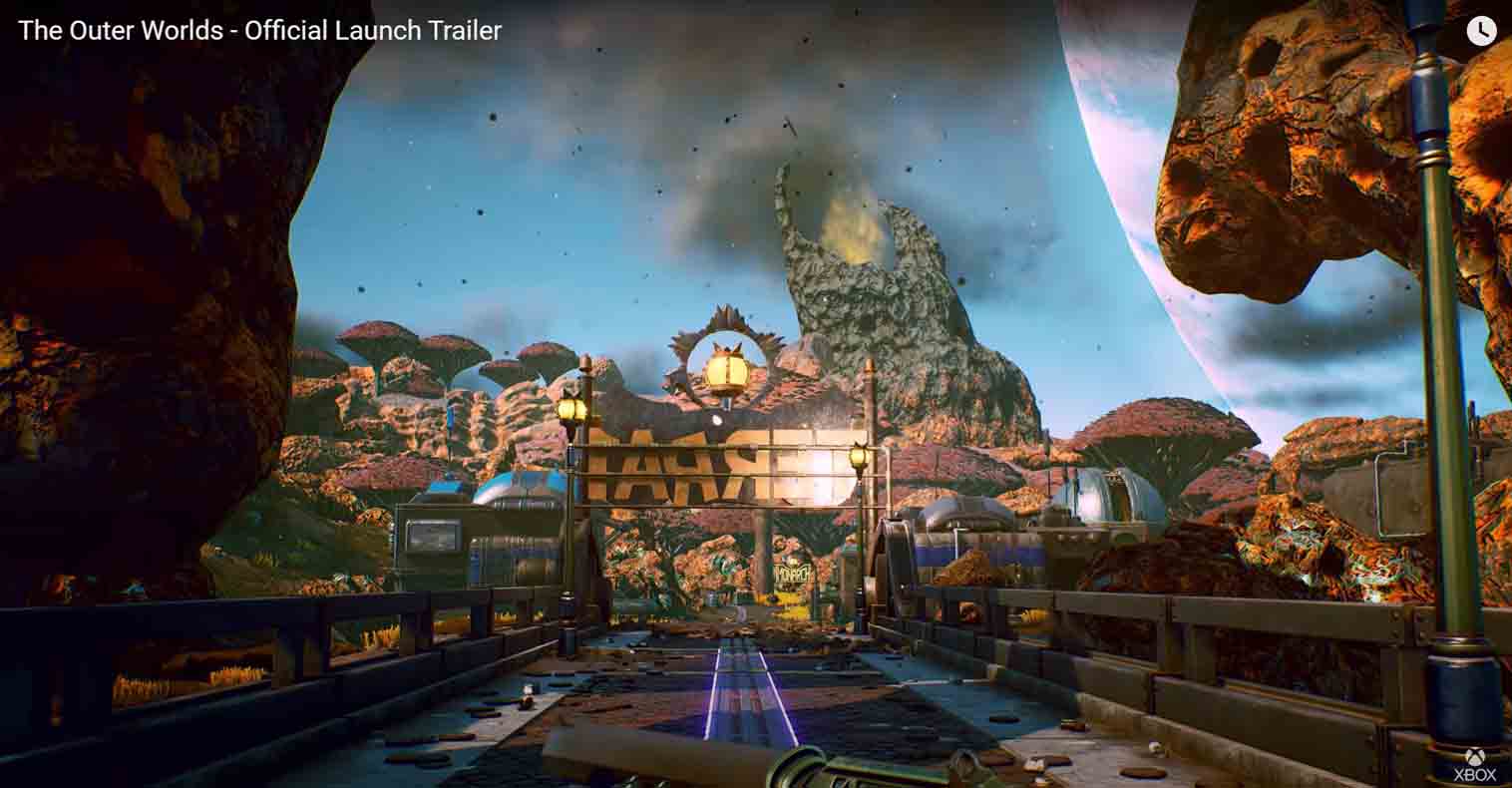 The Outer Worlds lacks the gigantism of many modern games. The main plot can be completed in 10-12 hours, with side quests about 16 h in total. The levels are not too big – there is something to explore and where to walk, but the size of the map is small.

The Outer Worlds has everything that Obsidian games are famous for: it is atmospheric, exciting, varied. This is a fun adventure that Fallout fans, space lovers and black humor fans will especially enjoy. It will not take too much time, but it will leave a lot of impressions…

The thing about this game is not how you explore the world, but how you communicate. Communicate with your partners, with the NPC, even with enemies (it happens sometimes). The whole role system here, in fact, is geared towards communication – and this has its own charm.