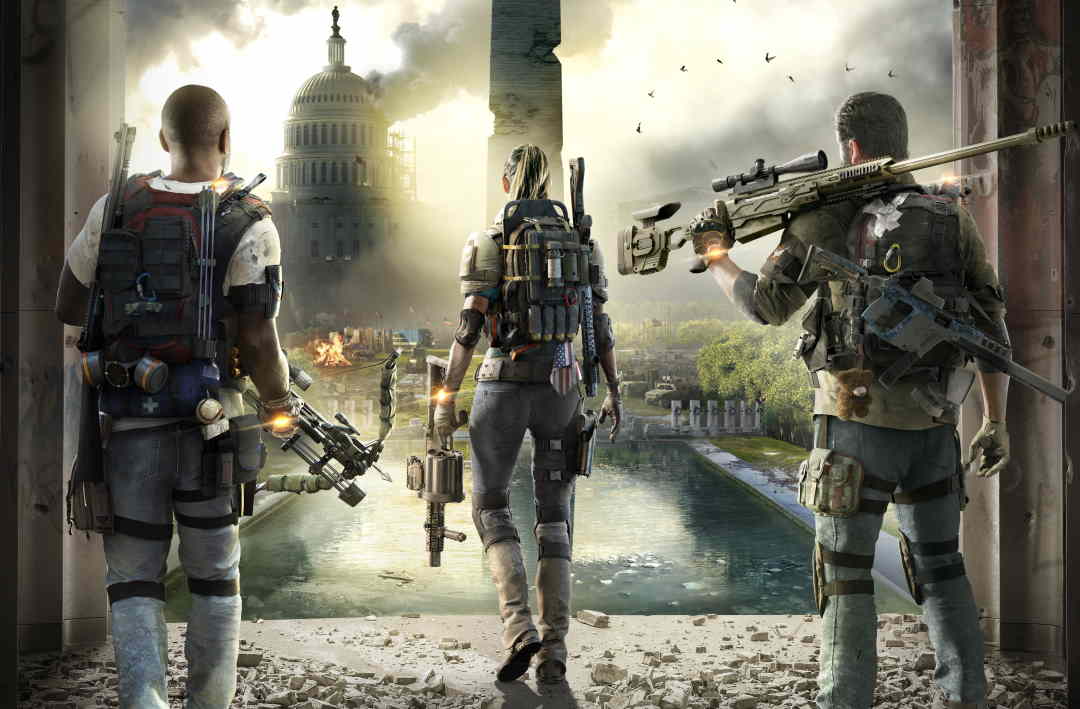 The events of the second part are dedicated to the same epidemic of smallpox that hit the United States. About half a year has passed since the events of the original game, instead of winter it is now summer, and the scene was moved from New York to Washington. The alignment of forces is still the same: there is no more central authority, representatives of local gangs roam the streets, as well as a few civilians, and only the White House remains a bastion of order: it was here that the soldiers of the Strategic Homeland Division entrenched themselves, whose task is to regain power in the city.

The open world of The Division 2 really turned out to be very cool, something happens at every step in it: gangs are constantly fighting on the streets, and having entered into an accidental conflict on the side of friendly fighters, you can significantly improve the situation in the surroundings by receiving an award.

The strongholds are essentially mini-settlements where the surviving townspeople are trying to rebuild their lives. They can be helped by participating in “projects” – each will require the delivery of various resources, the fulfillment of certain tasks, etc. A successfully completed project improves the settlement — for example, it may provide an opportunity to create your own things. It seems nothing special, but the projects help create the feeling that you are really restoring order in the city step by step.

And, of course, Washington itself is good. It does not have the charm of winter in New York from the first part, but there are a million small details that have made exploring the city a very exciting experience. The developers are proud that they very accurately recreated Washington, albeit adding a mess, inevitable for the plundered city after the smallpox epidemic. You can wander around the back streets for hours, gathering resources, bumping into the reconstruction of past events, and just admiring the city views – all this was in the first part, but in the sequel it became even more interesting

An important role urban scenery play in missions. Since Washington is the main symbol of the American state, it was not without storming the White House and the battle inside the Capitol, but the developers went further, picking up a lot of much less obvious places. The exposition dedicated to the Vietnam War in the museum, in the scenery of which one of the first really brutal shootings in the game takes place. There are plenty of such places in The Division 2: by the end of the game, you can hardly remember what was told in the plot, but you can easily list a dozen bright places where you had to fight enemies.

The original The Division was blamed for the slightly prolonged skirmishes when you were constantly sitting in cover, planting one or two cartridges of ammunition into each enemy. In the sequel, the developers managed to improve the pace of the game, without turning it into a fast shooter like Call of Duty or Halo. Enemies die much faster, plus The Division 2 tries to force the player to leave the shelter at least sometimes: for example, to avoid meeting a guided mine or to try to find a weak spot in a particularly dangerous enemy. But the alteration of the skill system did not make much impression: there are few skills, they recharge for a long time, and additional perks do not really strengthen the character. As a result, The Division 2 is still a game primarily about shooting, and only then about the use of special skills.

Weapons and various equipment are full: new cool things are given out for completing missions, they often “fall” from enemies, are bought from merchants, and are simply crafted. There are many types of guns, the differences between them are noticeable both in the style of the game and in the bonuses issued to the characteristics, plus do not forget the ability to install improvements. As a result, The Division 2 quickly turns into a classic loot shooter, when it is interesting to pass through already familiar activities for the sake of “ideal” numbers on the character’s characteristics page. Of the new products, we note three additional specializations that are given at the end of the game. Each with its own, especially powerful, weapon: crossbow for stealth, sniper rifle and grenade launcher. Often it will not work, but the weapon used at the right time can actually turn the tide of the battle.