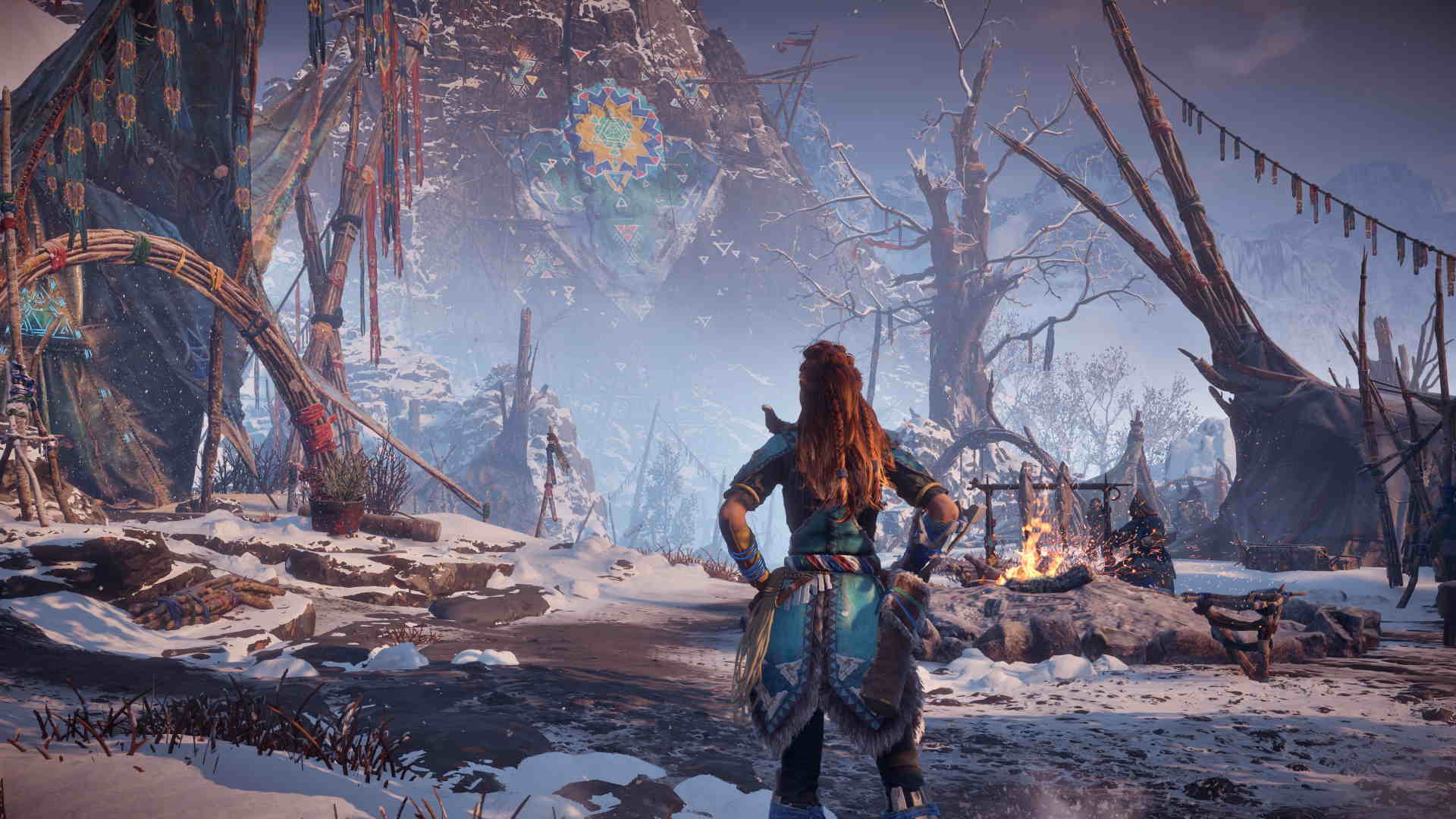 A society with a mysterious past and an uncertain future; this is the reality of the inhabitants of the world Horizon Zero Dawn. The events of this Action / RPG, developed by Guerrilla Games and published by Sony Interactive Entertainment, take place in the future, where tribal communities lead a primitive lifestyle surrounded by mysterious high-tech relics of the Ancients. These relics are the only thing left of the last generation, which was destroyed 1000 years ago. In this world you can still see ordinary animals, such as hares and wild boars, but also mechanical animals live here, which hide on the snowy peaks of the mountains and in the dense jungle.

At the very beginning, the game does not tell you about the cause of the death of people of the past, but then the main character Eloy, an orphan and an outcast of her society, finds an advanced communication and analysis device that contains the key to unraveling this mystery. With this tool, known as a trick, Eloy can use techno-artifacts to get information about the past. And although the beginning of the game is not very interesting, this is fully offset by the incredible story of the second half of the plot.

The theme of the duality of nature and technology is perfectly revealed in the main character, whose life was changed forever after she brought technology to her primitive life. Throughout the game, Eloy is constantly changing. After completing the game to the end, you will be surprised and marveled at how long she traveled in her journey.

The plot is very good, but the Horizon Zero Dawn fight is even better. The game world is full of electric beasts and warlike cultists, and fighting these enemies is simply incredibly fun.

Eloy easily dodges attacks and is also able to strike back easily and quickly. The arsenal of her weapons and ammunition helps a lot in battles with huge robotic monsters. At the beginning of the game you have only a bow and arrows, but towards the end you will master electronic bolts, a slingshot that drops explosives, and a huge assortment of various traps that you can do more damage to unsuspecting opponents.

Selecting and changing weapons is very easy and you do not need to spend a lot of time on it. When you click on the menu button of your inventory, the time in the game slows down so you can think what exactly you want to use. You do not endanger yourself when you start looking for the necessary item, Eloy can still run, dodge and jump even with the inventory menu turned on.

Throughout your passage, you will not be tired of dodging blows, jumping on enemies, inflicting critical damage on them, and aiming from a bow in slow time. In fact, Eloy has no supernatural abilities, except for the fact that Focus can determine the weaknesses of opponents. But the girl does not need superpowers, because to defeat the enemies she needs her own tricks, strength and fearlessness. You can sneak up on enemies and quietly kill them, but if you are confident in your abilities and you have powerful enough weapons, you should not avoid direct battles, because the battles in Zero Dawn are just damn funny.

You can fight quite effectively by running around the battlefield and throwing various shells at enemies, but hand-to-hand combat in the game is not so funny and extremely uncomfortable. The only way you can hit enemies at close range is with light or heavy spear attacks, but when you fight indoors you have a better chance of hitting the wall than your target. In addition, opponents can block the blows of your spear, but you, unfortunately, have no such ability. But the game never forces you to rely only on close combat, so you can use mostly evasive maneuvers and throwing weapons.

To keep battles interesting for ten hours, Zero Dawn constantly confronts you with increasingly complex and unusual opponents. At first, your opponents will be dinosaur-like robots and ferocious bulls, but towards the end you will encounter armored crocodiles and giant enemy crabs.

To become an effective hunter in Zero Dawn, you need to not only shoot accurately, but also understand what your prey is capable of and what parts of its body are most vulnerable. Focus Eloy illuminates those parts of the body, a shot at which will cause your enemy the greatest amount of damage. You can also disarm your opponents and use their own weapons against them. Of course, Eloy’s weapons are already quite effective, but there is no greater pleasure than killing your enemy with his laser gun.