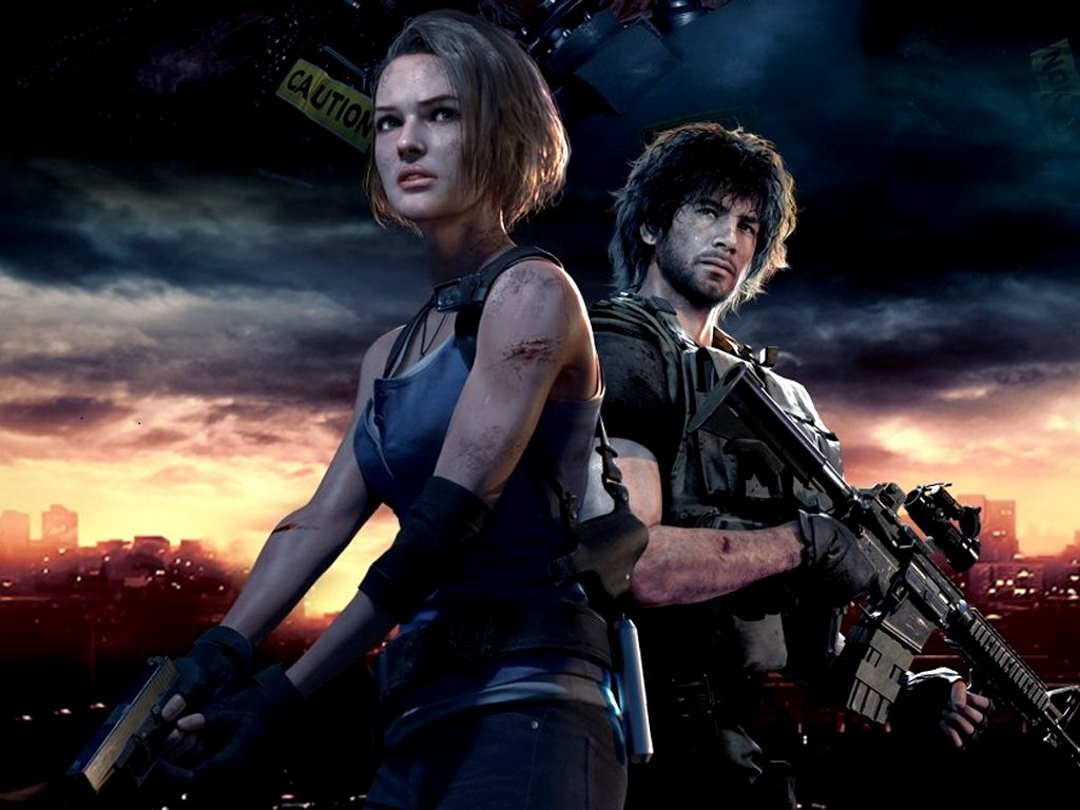 If you look at Resident Evil 3 Remake not as a remake of an old game, but as part of a modern franchise, it is more than excellent. There is everything you need here. An interesting non-sagging plot, excellent production, interesting characters, challenge and a pinch of horror component. And of course it’s nice to see Jill Valentine again, which we have not seen since the days of Resident Evil: Revelations! In general, this game can be recommended to many people, but first, prepare for the fact that it is quite short and decide for yourself whether you are ready to give the money that the developers ask for 5 hours of gameplay at an average level of difficulty, and secondly, if you a fan of the franchise and especially the original third part – do not expect too much from the game.

Don’t get me wrong, when the Resident Evil 3 remake is good, it’s fantastic. The remodelled Jill Valentine, if not inspired by Milla Jovovich then certainly developed with the Resident Evil movie star in mind, is a wonderful character. Her desperate attempt to escape Raccoon City with the relentless Nemesis monster on her back quickly turns into a save the city operation – she’s likeable, determined and I couldn’t help but root for her throughout.

I was surprised to find myself rooting for Umbrella mercenary Carlos Oliveira, too – once I got over his spectacularly vibrant bouffant hair. Carlos comes across as, well, a bit of a dick when he saves Jill – early doors – from the clutches of Nemesis. But as the story progresses so does his character. In reworking Resident Evil 3’s plot, Capcom has placed greater emphasis on Carlos, and you play as him in two extended portions of the game. Jill is of course the star of the show here, but Carlos benefits from the extra quality time – and his new hairdo, which I’m convinced has a life of its own.

And it’s worth pointing out just how fantastic Resident Evil 3 remake looks. There is an incredible level of detail throughout the game, which was built on the Resident Evil 2 remake tech. Capcom’s lighting technicians are wizards, and I love how incidental objects make subtle noises when you are close, just to freak you out. A creaking gate, the crunch of glass under foot, the wind blowing papers around the downtown streets of Raccoon City – nighttime never looked so good.

It’s a shame, then, that the Resident Evil 3 remake is so fleeting. I finished my playthrough in just five-and-a-half hours, and I think it’s worth unpacking why it felt even breezier than that. This is a more action-oriented game than the Resident Evil 2 remake, and while it does contain traditional horror sections, such as skulking through the creepy corridors of a hospital, you spend less time tiptoeing around corners and listening for thuds, and more time blasting beasts to smithereens. Zombies are less threatening because both Jill and Carlos have the dodges they had in the original Resident Evil 3, but if you time a dodge perfectly, you get a free counter-attack opportunity. Jill and Carlos both have access to serious firepower (Jill gets the shotgun pretty early and Carlos starts with an assault rifle), too. It’s not long before Jill gets an assault rifle of her own and then the death-dealing grenade launcher. So, this remake ends up quite the inventory management game as you fuss over making sure you’ve enough room for your weapons and their ammo (the grenade launcher has four types of ammo). The true fear is you run out of ammo, not run into a rock hard enemy.

Pretty much all of the characters in the game look impressively realistic.

Capcom has also made some curious decisions when it comes to the cutting room floor that make the plot pacey. You start in Jill’s incredibly-detailed apartment before Nemesis starts his assault and forces you out into the city streets. You spend the first hour or two in downtown Raccoon City, running this way and that as you try to get a train working. Downtown Raccoon City is more open than the confines of Resident Evil 2’s iconic police station, and while zombies are everywhere, there are plenty of environmental aids to use in your defense, such as exploding barrels and electric shock stuns. But while downtown is more open, its map is modestly sized. And while you can spend the backtracking time it takes to explore some of the shops and building interiors that were closed off in the original game, it’s not long before you’re on the train and, well, as you’d expect – and as you know if you played Resident Evil 3 on PSone – your escape does not go well at all.