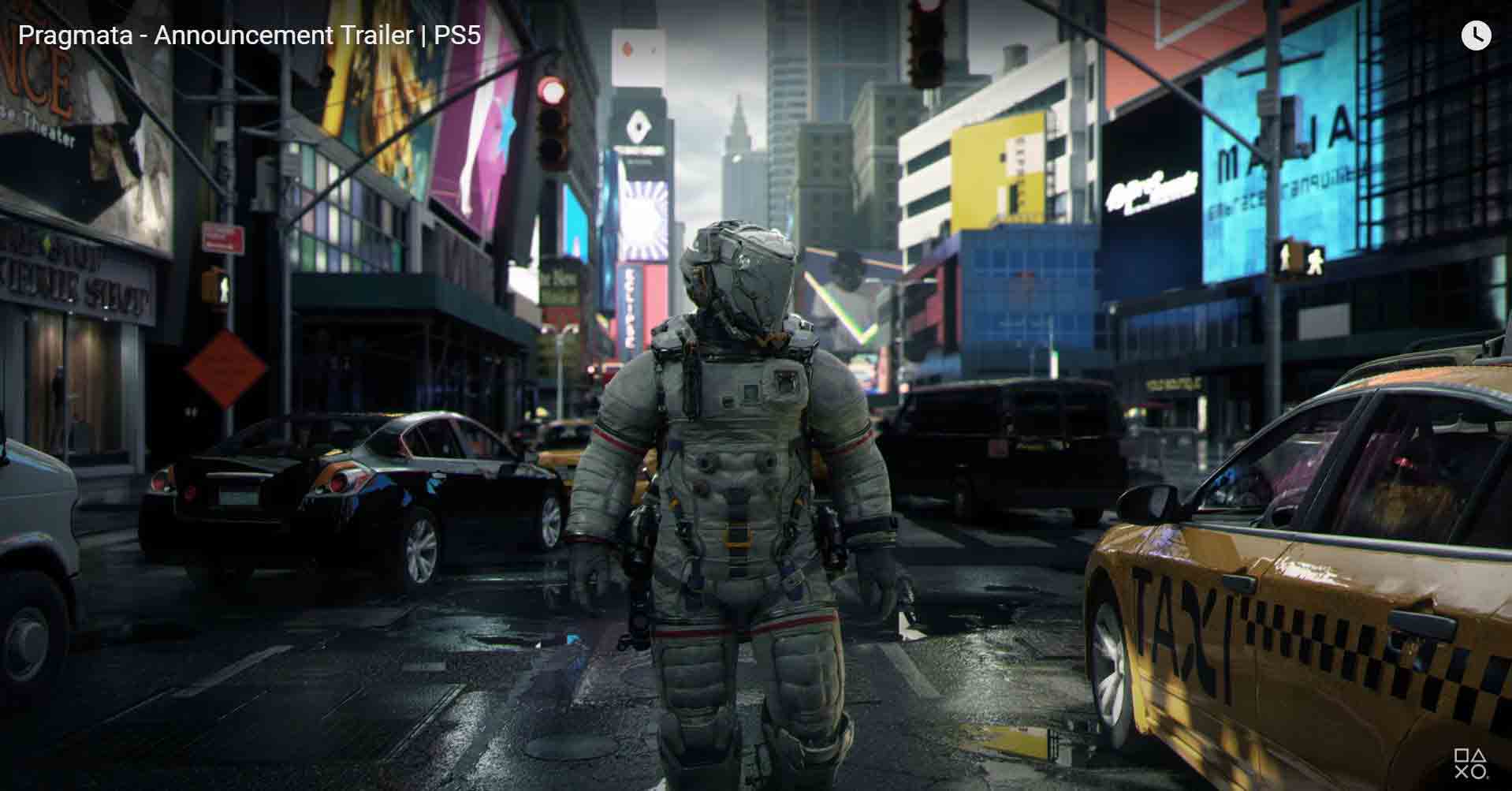 The well-known company Capcom has announced a new mysterious game Pragmata. The game of the new generation will be released only after a few years.

The debut trailer Pragmata showed the nameless personage in a technologically advanced and completely enclosed tech-suit, which appears on a deserted street of a modern city, where apparently a strange accident occurred. The hero starts showing past events, and in the wake of the hologram he finds a little girl. Suddenly, an orbiting satellite crashes directly onto the city, breaking through an artificial sky that scatters into hundreds of fragments. The hero has to protect the girl, who turns out to be not a living person, but something else, and helps her. After that, the hero delivers her directly to the moon.

From the first Pragmata trailer, it’s almost impossible to draw conclusions about what the new game will be about, but apparently, the game will be an action game with emphasis on fantastic technologies, gadgets and the ability to travel through space fast. The developers will still have time to talk about their project, since Pragmata was announced for release on the PlayStation 5 only in 2022. It is not yet known on which platforms the new project will be available.